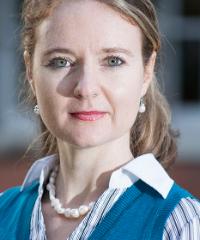 Dr. Thyla van der Merwe is a Senior Security and Privacy Engineer at Mozilla. Prior to starting at Mozilla, Thyla completed a PhD at Royal Holloway, University of London where she was a member of the Centre for Doctoral Training in Cyber Security, funded by the Engineering and Physical Sciences Research Council (UK). Prior to starting her PhD, Thyla spent four years at an engineering firm, Tellumat (PTY) Ltd, as part of the security team. Thyla has a BCom in Mathematics, Statistics and Economics, a BSc (Hons) in Mathematics and an MSc in Mathematics from the University of Cape Town, South Africa. She also completed an MSc in Information Security at Royal Holloway as a FirstRand Laurie Dippenaar scholar. Thyla represented South Africa on the ISO/IEC JTC 1 SC 27 standards committee for five years, where her activities involved the standardisation of cryptographic mechanisms and protocols. These days, however, she's been more involved with IETF standardisation efforts - TLS 1.3 in particular, and she is listed as an official TLS 1.3 contributor.