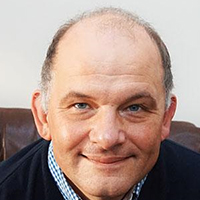 Les Back has long standing interest in the sociology of racism and ethnicity, popular culture and music, and urban life and communities. He has published widely about racism, belonging, cultural sociology, social research methods and a range of further topics. Most recently he explored academic work itself in his Academic Diary.

This lecture focuses on the challenges of how to write urban history on the move.  The place of proximity but also returning in interpreting the cultural life of cities. It is set in Lewisham, south London.  In this impoverished and uncelebrated south eastern corner of the Capital young black people forged a culture of resistance and joy in unlikely places from church halls to youth clubs to municipal buildings. The massive Hi Fi that were strung up in those often inhospitable locations refurnished their meaning through sound. I will take a stroll through this landscape to tell a postcolonial history of racism and resistance in south London including the UK translation of reggae music, the people who made it and places where it was listened to. I will visit the ruins of Jah Shaka's culture shop on New Cross Road, the  place where the National Front was confronted and stopped in their tracks in 1977, and the site of the New Cross Fire that killed 13 young black Londoners in 1981 who had been attending a house party. Through a combination of autobiography and historical reportage it will be argued that the echoes of this music – known as steppers – carries a legacy of pain, violence, joy, creativity and affirmation.

Rosemarie Garland-Thomson is Professor of English at Emory University, Atlanta, USA, where her fields of study include disability studies, feminist theory, and bioethics. Her work develops the field of critical disability studies in the health humanities to bring forward disability access, inclusion and identity to communities inside and outside of the academy. She is the author of Staring: How We Look; Extraordinary Bodies: Figuring Physical Disability in American Culture and Literature; and several other books. Her current book project is
Habitable Worlds: Disability, Technology, and Eugenics.

The Case for Conserving Disability

It is commonly believed that disability disqualifies people from full participation in or recognition by society. This view is rooted in eugenic logic, which tells us that our world would be a better place if disability could be eliminated. In opposition to this position, I argue that disability is inherent in the human condition and consider the bioethical question of why we might want to conserve rather than eliminate disability from our shared world. To do so, I draw together an eclectic, rather than systematic, configuration of counter-eugenic arguments for conserving disability. The idea of preserving intact, keeping alive, and even encouraging to flourish denoted by the verb conserve suggests that disabilities would be better understood as benefits rather than deficits. I present, then, a reading of disability as a potentially generative resource rather than unequivocally restrictive liability. In other words, what I consider here is the cultural and material contributions disability offers to the world.

Michèle Lamont is Professor of Sociology and of African and African American Studies and the Robert I. Goldman Professor of European Studies at Harvard University. She serves as the 108th President of the American Sociological Association in 2016-2017. As a cultural and comparative sociologist, the prime focus of Michèle Lamont's research has been how culture is used to create and maintain boundaries between categories of people and how these symbolic boundaries generate and perpetuate social and economic inequality.

Getting Respect: Responding to Stigma and Discrimination in the United States, Brazil, and Israel

Getting Respect: Responding to Stigma and Discrimination in the United States, Brazil, and Israel illuminates what kinds of stigmatizing or discriminatory incidents individuals encounter in each country, how they respond to these occurrences, and what they view as the best strategy—whether individually, collectively, through confrontation, or through self-improvement—for dealing with such events. This deeply collaborative and integrated comparative study draws on more than four hundred in-depth interviews with middle- and working-class men and women residing in and around multiethnic cities—New York City, Rio de Janeiro, and Tel Aviv—to compare the discriminatory experiences of African-Americans, black Brazilians, and Arab Palestinian citizens of Israel, as well as Israeli Ethiopian Jews and Mizrahi (Sephardic) Jews. The detailed analysis reveals significant differences in narratives about behavior; these patterns are accounted for by the extent to which each group is actually a group, the socio-historical context of intergroup conflict, and the national ideologies, neo-liberal repertoires, and other narratives that group members rely on. My presentation will also consider similarities and differences between the middle class and the working class, as well as between men and women, and older and younger interviewees, to capture the extent to which racial identity overshadows the daily experiences of stigmatized groups across contexts.